Bluetooth is a wireless technology that enables point to point communication for music, speech and data. This standard creates a short range connection to Smartphones, Tablets, Vehicles and any Bluetooth enabled device. One of the most common uses of Bluetooth is to stream music to Bluetooth speakers and make phone calls using a Bluetooth headset. It is also very common to transfer data to printers, for example. It's a low latency and high throughput protocol that connects to smartphones, and tablets.

From an engineering perspective, Bluetooth works in the 2.4GHz ISM band from 2400MHz to 2483.5 MHz using 79 channels that are spaced by 1MHz. Bluetooth uses multiple modulations to achieve relatively high data rates:

Is Bluetooth a good fit for IoT?

Bluetooth lets a product communicate with billions of Smartphones and Tablets that already exist. One thing to note is that Bluetooth has a relatively high power consumption, when comparing it to Bluetooth Low Energy. Because of this, it can't run from Coin cell batteries or other low cost power sources. It's typical to have Bluetooth run from rechargeable or Alkaline.

Another downside of Bluetooth (now referred to as Bluetooth Classic) is that transferring data to iOS Devices (iPhones, iPads) requires MFI certification. This increases the engineering complexity, time and cost of developing a product and is one of the reasons why BLE has been more popular for data transfers. Because Bluetooth has higher data rate, it is sometimes used instead of BLE.

Some example of products and uses for Bluetooth:

Because of its focus on audio and its short range, Bluetooth in general is a poor protocol for most IoT applications and Bluetooth Low Energy is better and more popular. Bluetooth remains the go to technology for streaming music and audio. The other advantage of Bluetooth compared to BLE is that it is higher data rate.

Bluetooth Low Energy is a new wireless technology that reduces the cost, complexity and power consumption of transferring data between products. It was introduced in 2010 as part of the Bluetooth 4.0 specification. As its name indicates, the power consumption is one of the biggest advantages, and it can be 0.01x to 0.5x the power of a Bluetooth Classic solution. It can run from very small coin cells and almost any power source for long periods of time.

One of the biggest advantages of Bluetooth Low Energy is that you can create a product that transfers data to an Apple product without creating an Apple MFI device, which as we saw earlier . So it works great for creating devices that communicate with smartphones without limitation.

Bluetooth Low Energy uses a different wireless protocol than Bluetooth Classic and because of that they're not compatible, even though both are called Bluetooth. It works in the same 2.4GHz ISM band like Bluetooth, but uses 40 1MHz channels.

Bluetooth Classic offers 3Mbps throughput, while BLE only offers up to 2Mbps. For very large data transfers, Bluetooth or other protocols are better. But BLE can't be beat as far as power consumption. 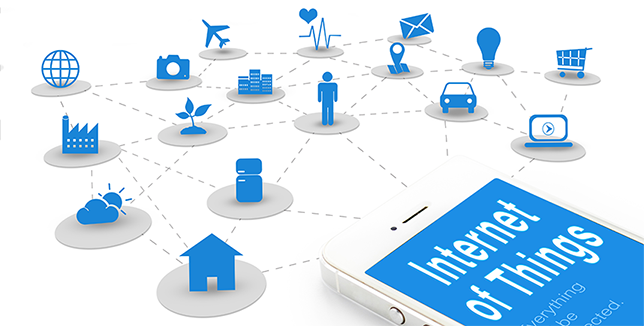 Another great advantage of BLE is that it connect multiple devices together, creating mesh networks with Bluetooth Mesh. This opens the door to many new applications that were not possible with just Bluetooth Classic.

Some of the most common use cases for BLE are:

Bluetooth Expertise at your fingertips

With almost a decade of Bluetooth and BLE development expertise, we've built every kind of product and helped Startups and Fortune 500 companies get their products done.

As you can see, Bluetooth and Bluetooth Low energy are different and should be used for different applications. Bluetooth is faster and supports low latency applications like audio and voice, but drains batteries quickly and costs more to integrate. On the other hand, BLE is usually used for applications where the data transfer is more limited, where the system needs to run from a battery for many years unattended.

With the latest Bluetooth 5.0 specification, BLE does allow for even faster transfers and starts encroaching on Bluetooth's space. Although BLE doesn't natively support audio and low latency, it is possible to implement compressed audio over BLE.

The most important factor for choosing BLE for IoT is the fact that it supports many connections. You can connect a large number of devices together, which isn't possible with Bluetooth where it has to be one-to-one. For IoT to be successful, you need to deploy a large number of devices such as sensors and controllers, control them reliably, and many of these will be battery powered. Because of that, Bluetooth Low Energy is much more suitable for IoT applications.

Looking for more on Bluetooth or BLE?